Hit enter to search or ESC to close
Electrical Safety 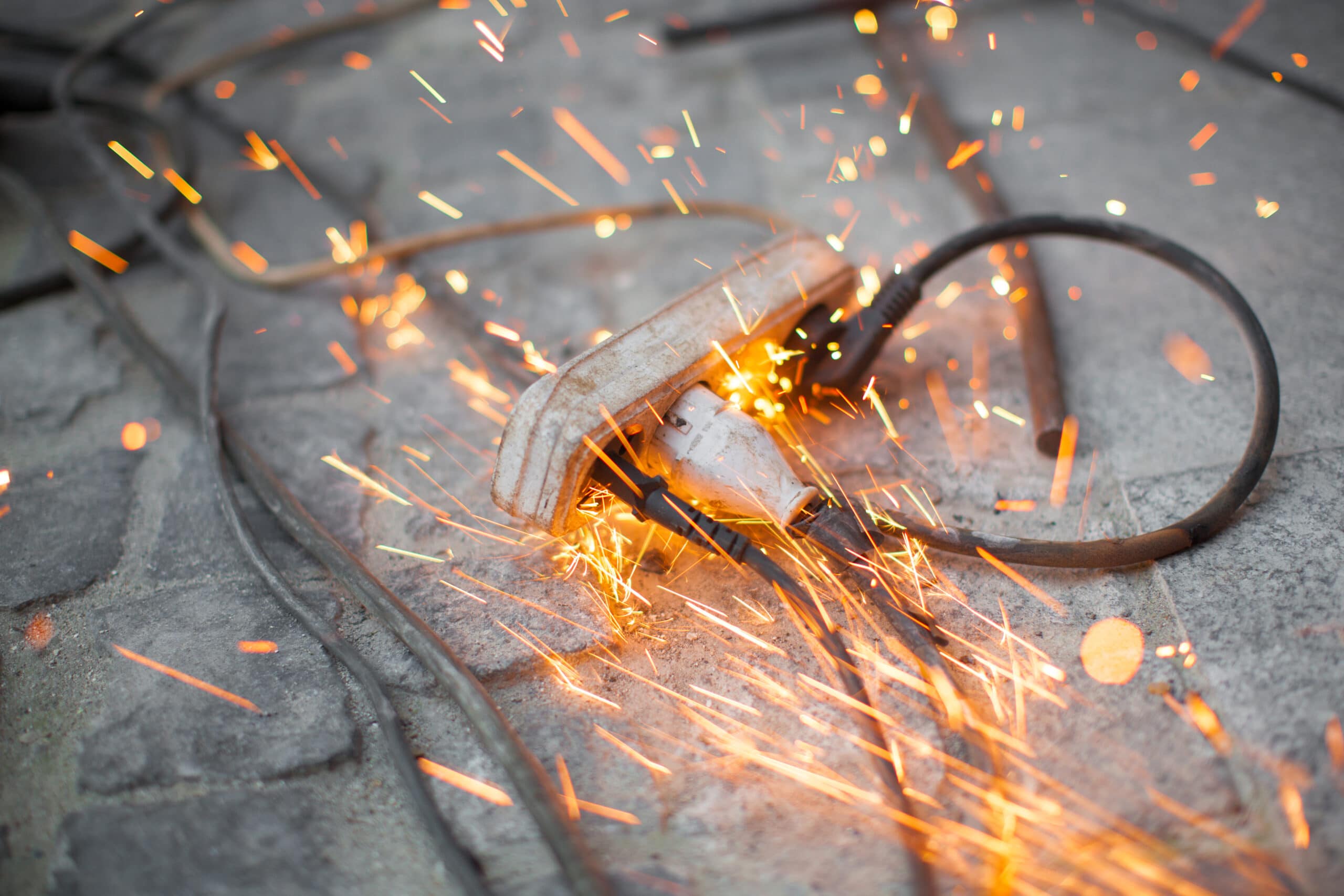 Overloaded circuits contribute to these electrical-related fire risks. This is especially true for homes with problematic circuit breakers.

As such, it’s best you learn how overloaded circuits occur so you can prevent them from happening.

What is an overloaded circuit?

An overloaded circuit is an electrical circuit that is being asked to deliver more electricity then it can actually handle.

Most of the time when this circuit overload occurs it will trip your electrical breaker immediately shutting off power to that circuit protecting your home and wiring from overheating and potentially causing an electrical fire.

1. Understand How a Circuit Overload Occurs

There’s a limit (or capacity) to how much electricity an electrical circuit can handle. Each device that you connect to your electrical system uses a portion of this capacity. As such, a circuit overload occurs if these devices exceed the circuit’s rated load.

When circuits overload, they should cause the circuit breaker to trip. These are safety devices that completely shut off the power to the entire circuit. So, fully-functional breakers should trip whenever there’s a circuit overload.

If a breaker can’t do its job, or if there’s no breaker at all, then the circuit wiring will overheat. This can cause wire insulation to melt, which could then lead to a fire.

On the other hand, a faulty breaker can also trip even if there’s no overload. In many cases, a circuit breaker goes bad because of previous overloads. In other instances, a faulty breaker is a result of short circuits, which, in turn, can be due to wiring issues.

2. Know the Signs of Overloaded Circuits

Catching the signs of overloading is key to keeping it from becoming a full-on overload. Preventing overloads, in turn, helps extend the life of your life-saving circuit breaker.

With that said, a tripping circuit breaker is the most obvious symptom of overloads. Over time, all those “trips” can burn out the breaker, so even if you reset it, it may no longer work. In this case, it’s best to get in touch with an local electrician, as you may already need a new breaker.

Before your breaker fails completely, though, you’re likely to experience dimming lights first. If this happens whenever you switch on an appliance, take that as a sign of an overload. Power off any other appliance you’re not using before your circuit overloads completely.

Buzzing light switches or outlets are also common signs of overloaded circuits. If there’s anything plugged into a humming outlet, disconnect it.

If any of your outlets emit a burning odor, switch off the breaker for that outlet’s breaker. Do this before you unplug the devices connected to that malfunctioning outlet. You should also get in touch with an electrician right away as any kind of burning is an electrical danger.

“Electrical load capacity” is the total amount of power an electrical panel can supply. You’ll find this measured in amperage (usually shortened to “amps”).

Today, the minimum required amperage in US homes is 100 amps. However, most new home constructions and recent renovations come with 200-amp panels. In the Spokane region some utilities companies such as Avista will require a 200-amp panel to connect to the grid.

At the same time, many older homes, such as those built on or before the 1970s, may still have 60-amp (or even 30-amp) panels. Do note that almost four in 10 occupied homes in the US have been around before the 70s.

If you live in an older home, now’s the best time to check its electrical load capacity. It’s even more vital to confirm how much it is before you plug in high-wattage appliances. Otherwise, you run the risk of electrical overloading.

If you do find out that your home uses a 60-amp panel, it’s best to get it upgraded by a professional electrician. Anything lower than 100 amps are no longer up to federal, state, and city building codes. That’s why smaller homes now require at least 100-amp panels, while bigger ones need at least 200 amps.

Upgrading an outdated panel ensures that your home meets current construction codes. This makes it the law, but codes exist to ensure the safety of a building’s occupants in the first place. These regulations help prevent accidents that may arise from overloading a circuit.

Besides, if you keep using an old panel, you’ll have to put a “cap” on your electrical demands. Otherwise, circuit overloading will become more frequent at home. This, in turn, will cause your circuit breaker to trip more often.

Overloading is even more dangerous if you still use a Federal Pacific Electric (FPE) panel. Researchers found millions of FPE panels installed from 1960 to 1985 to be defective. Experts even believe that these faulty devices cause up to 2,800 house fires each year. 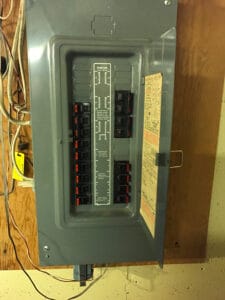 With that said, an electrical panel upgrade is one of the best ways to prevent overloading. More importantly, it can help reduce your risks of house fires.

5. Use Dedicated Circuits for High-Wattage Appliances

Using a dedicated circuit means that you use a direct line from your panel to feed a single piece of equipment. The term “dedicated” refers to how you shouldn’t connect more than one appliance to that line. Otherwise, you’ll overload the electrical system, and you’ll end up with mini blackouts.

Any appliance that runs on 1,000-watts or more should have a dedicated circuit. These include electric ranges, electric dryers, space heaters, air conditioners, and furnaces. The same goes for dishwashers, clothes washers, dryers, as well as larger toaster ovens.

6. Be In-the-Know of Common Wattage Values

It’s best to know how much power your electronics consume before you plug them in an outlet. This is especially important if that outlet already feeds electricity to another appliance. This way, you can avoid exceeding the outlet’s maximum capacity, which can cause it to overload.

Now, suppose that you want to plug in a coffee maker and a toaster to a single wall outlet. Before you do, check their wattage, as their combined use may go beyond your outlet’s capacity. After all, typical coffee makers have a rating of 1,000 to 1,500 watts, while it’s 1,200 to 1,500 for toasters.

7. Avoid Long-Term Use of Extension Cords

The primary purpose of extension cords is to “extend” the reach of a device with a short electrical cable. The fact that they let users plug several devices into a single receptacle is only an “extra” benefit.

With that said, you should only use general-purpose extension cords temporarily. For your safety, use them for low-power electronics, like laptops, tablets, or smartphones. In the kitchen, their short-term use is okay for mixers and small electric fans, such as a kitchen exhaust fan.

As always, be sure to check each appliance’s or device’s wattage before plugging it into an extension cord. As nifty as these devices are, they still have a maximum amperage rating. If you plug in too many electronics, you run the risk of overloading your electrical system.

Whenever you enter your kitchen, does it make you feel like you walked into an appliance store? How about your living room? Does it feel too cramped with all those gadgets around you?

If so, then you can be sure your electrical system shares the same feelings.

If you place too many electronics near each other, you’re likely to overload your circuits. As such, it’s best to space things out, especially in the kitchen, where fires are common.

For example, place your microwave oven, oven toaster, and coffee maker away from each other. Look for another spot in the kitchen where you have other outlets. Then, relocate these devices so that they would have their own outlet.

The farther apart your electronics are, the less likely you’d need to plug them in the same outlets. This, in turn, helps you avoid overloading your circuits. Plus, doing so will help you make your home look nicer, as it’s a good way to avoid clutter.

As you can see, it’s easy to avoid overloaded circuits if you follow the safety tips in our guide. Avoiding the long-term use of extension cords, rearranging your appliances, and upgrading an old electrical panel are all great ways to keep your home safe from overloaded circuits.

With an electrical upgrade, you can make sure your home meets safety NEC standards. You can reduce your fire risk, and of course, use more devices without the risks of circuit overloads.

Ready to boost your home’s electrical safety and efficiency? Then please know that our team here at Infinite Electric can help! Schedule your service with our team of Spokane Electricians. 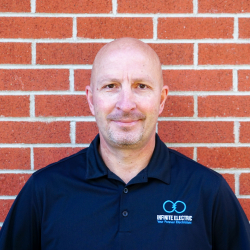 Having worked as an electrician for over 32 years his knowledge and expertise helped to train dozens of electricians in the Spokane/CDA region.